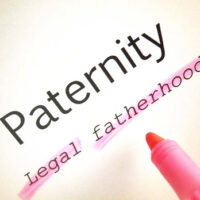 Establishing paternity of a child can have a number of benefits if the man in question is actually a child’s father or wants to fill that role. If, however, facts come to light that put a man’s fatherhood into question, he may find himself in the position of contesting paternity. Also known as the disestablishment of paternity, contesting paternity in this way discontinues any obligations to support a child. There are, however, certain steps that must be taken before a court will actually disestablish paternity, so if you believe that you are not a child’s father, or your former partner is unfairly attempting to avoid paying child support, you should speak with an experienced Clearwater paternity lawyer for help deciding on your next steps.

The Process of Disestablishing Paternity

To begin the process of contesting paternity, the named father in question must officially file a petition with the court, seeking to disestablish paternity and terminate child support. These petitions will need to be served not only to the court, but also to the child’s mother or guardian and the Florida Department of Revenue. When filing a petition to contest paternity, the named father will need to provide the court with a wide range of documentation, including:

If a petitioner is delinquent on payments or has not yet taken a DNA test, he may not be out of luck when it comes to disestablishing paternity, so if you need help filing your own petition to contest paternity, please reach out to our office today.

A Florida court will only grant a petitioner’s request to disestablish paternity if:

The child was under the age of 18 years old at the time of the petition’s filing.

Even if a petitioner complies with all of the requirements of disestablishing paternity, a court could still deny the request if it is discovered that after learning that he was not a child’s biological father, the petitioner married the child’s mother, voluntarily started or agreed to start paying child support, or ignored a notice from the state to submit to genetic testing.

Here to Help with Your Paternity-Related Legal Questions

Disestablishing paternity is an important decision that will have far-reaching consequences. Please call 727-683-1472 to speak with the dedicated Clearwater paternity lawyers at Cairns Law about these kinds of proceedings.