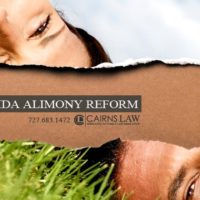 It may have failed this year, but the effort to revamp Florida’s alimony laws is not dead yet. In fact, despite Governor Rick Scott’s veto of the proposed reform legislation, supporters, including Representative Ritch Workman, the man who wrote the propose legislation, are continuing to meet to discuss the potential reforms of Florida’s current alimony laws, according to The Ledger. However, supporters plan to move forward with the Florida alimony reform may hinge largely on Gov. Scott and any sign that he gives of whether he will approve an amended bill.  It bears some note that Gov. Scott’s veto of the proposed law appeared to relate directly to the bill’s retroactive application (meaning that previous alimony awards could be modified using the new law).  The problem with any law applying retroactively is that it can lead to a lot of added traffic for the courts from those looking to benefit from the changed law.

What Does the Florida Alimony Reform Propose To Do?

Alimony is the payment of money from one spouse to another during and after a divorce, and comes in four forms in Florida – bridge-the-gap, rehabilitative, durational, or permanent. The amount awarded and how long the payments last depends on the type of alimony that a court awards. While a court may only order temporary alimony, which typically lasts until a person gets back on their feet financially, as it stands now, Florida alimony laws allow for permanent alimony, which forces one spouse to pay alimony to their divorced spouse for the rest of their life.

The reform legislation that was voted on earlier in 2013 proposed the following amendments to Florida alimony laws:

Because the legislature passed the Florida alimony reform bill earlier this year by a fairly large margin, and it was only Gov. Scott’s veto of the bill that stopped it from passing, Floridians may yet see alimony reform in the next few years. It may be a very similar bill that eliminates the retroactive applications for closed divorce cases.

Not your average divorce attorney

Unfortunately my son will be getting a divorce. Through another referral I sent my son to Joe’s firm and the kind of language my son used to describe how he was treated and the... read more