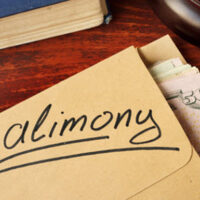 Recently, Governor Ron DeSantis defied attempts to overhaul Florida’s alimony laws by vetoing a reform package that was passed by both the House of Representatives and the Senate. The governor’s veto marks the third time that attempts to reform the alimony system in Florida have failed in the last ten years. If passed, the bill would have eliminated permanent alimony in the state and required that payments be ordered based on the length of a couple’s marriage.

If the governor hadn’t vetoed the recent attempts at alimony reform, the new laws would have gone into effect on the first of July and would have:

In addition to making changes to the state’s alimony law, the proposed reform package would also have made some important modifications to Florida’s child custody laws, requiring judges to presume that equal time-sharing between divorced parents is in a child’s best interests.

Proponents of the alimony reform package argued that the changes would have modernized the state’s alimony laws, making them more equitable and predictable for divorcing couples. The governor, however, upon vetoing the reform package, voiced concerns over the bill’s effect on older ex-spouses who were financially dependent on the payments. Specifically, he argued that the law’s retroactive effect would allow ex-spouses to amend existing alimony agreements, thereby unconstitutionally impairing the vested rights of those individuals under pre-existing marital settlement agreements. Advocates of the bill continue to argue that as written, the law would not have applied to preexisting alimony agreements and that individuals who wished to change a previous permanent alimony award would still have been required to meet the substantial change in circumstances standard in order to do so.

Do You Have Questions About Florida’s Alimony Law?

Figuring out how you will support yourself financially after divorce is one of the most difficult aspects of ending a marriage. Fortunately, you don’t have to grapple with these kinds of issues on your own, but can seek the assistance of an experienced legal representative, who can help walk you through your options. To learn more about negotiating an alimony award or property settlement, or to speak with one of our experienced Clearwater alimony lawyers about another divorce-related legal matter, feel free to contact Cairns Law, P.A. today. You can set up an initial consultation by calling 727-683-1472 or by sending us an online message.