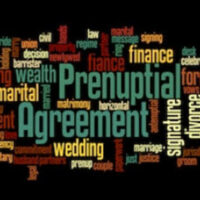 As another season approaches, now is probably a good time to reflect on the moment that love, baseball, and premarital agreements came together in SoCal.

The Frank and Jamie McCourt saga is a good example of how premarital agreements work in California, but also of how they work in Florida. Both the Golden State and the Sunshine State follow the Uniform Premarital and Marital Agreements Act.

In as little as one office visit, a Clearwater divorce lawyer can draft a solid premarital agreement. Generally, the parties also finalize executory documents, such as wills and trusts, to make their wishes clear.

Baseball fans might remember the McCourts. This power couple owned the Los Angeles Dodgers in the early 2000s. But this decade was not a good one for the team. After winning the World Series in 1988, the Dodgers suffered through a long series of underachieving seasons. Fan interest waned, and revenues dropped proportionally.

The financial crisis reached a breaking point in June 2011. Reportedly, ownership was barely able to make payroll that month. Then, after Commissioner Bud Selig refused to sign off on a large TV deal, the team declared bankruptcy.

At roughly the same time the Dodgers were in bankruptcy court, its owners were in divorce court. Supposedly, Jamie was having an affair with her bodyguard. Frank supposedly walked in on the couple while they were in a compromising position in the swimming pool. But that’s the subject of another blog.

Anyway, since the team was essentially worthless at the time, Jamie agreed to give up her half of the Dodgers in exchange for about $180 million in cash and property.

Frank and Jamie went their separate ways, and the team emerged from bankruptcy. About a year later, Frank sold the team for $2 billion (with a “b”). Jamie immediately tried to overturn the premarital agreement, since it left her about $900 million short of a 50-50 split. Under California and Florida law, there are only two ways to accomplish this.

This word is not synonymous with “uneven.” A 60-40 division is uneven, but it certainly does not shock the consciousness. The split must be far greater to meet this standard.

On the surface, this argument looked like a slam dunk for Jamie. If a $900 million deficiency is not unconscionable, it’s hard to imagine what might qualify as such.

However, the agreement must have been unconscionable at the time it was made. At the time, the Dodgers were in bankruptcy and almost literally worthless. “Jamie simply chose the security of a guaranteed $131 million payment, plus more than $50 million in real and personal property, over the uncertainty and risk presented by the valuation and sale of the Dodger assets,” the court observed.

This issue comes up in other contexts as well, most notably stock certificates or stock options. Such property might be worthless one day and incredibly valuable the next. If a person bought Amazon stock in 1994, the stock was worth nothing until Amazon finally showed a profit in the early 2000s.

It is very difficult to win arguments based on excessive pressure. There is almost always pressure to sign. Therefore, in most cases, even a sign-or-else ultimatum is not sufficient to overturn an otherwise valid agreement.

So, Jamie chose a different route. She argued the agreement was involuntary because she did not know what she was signing. She claimed Frank withheld financial documents. The court disagreed, noting that Frank had produced thousands of pages of financial information.

Additionally, under the UMPAA, the challenging party must have been unable to access the information elsewhere. At the time, Jamie was a co-owner. She could have looked at all the financial data she wanted.

Jamie might have lost her court case, but President Donald Trump recently named the longtime GOP fundraiser as the U.S. ambassador to France and Monaco. That’s a very lovely parting gift.

Reach Out to a Savvy Lawyer