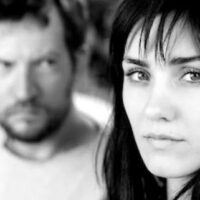 Individuals in these relationships who find themselves in a dangerous situation can still request an injunction, or restraining order, from a court, although in these cases, the petitioner will need to specifically request a dating violence injunction. To learn more about the process of obtaining this kind of restraining order or how to defend oneself against unfair allegations of dating violence, please call one of our experienced Clearwater domestic violence lawyers today.

What is Dating Violence?

Under Florida law, dating violence is defined as any violence that occurs between two people who have a continuing relationship of a significant or intimate nature, or who had such a relationship in the past. Whether a relationship satisfies this definition is determined by the application of a series of factors, including:

This definition generally excludes cases that involve violence between those involved in casual relationships or violence between individuals who have only seen each other casually in a business or social context.

If this burden is met, courts can place a wide range of restrictions on the respondent, or alleged offender. This could include everything from a prohibition of going within 500 of the petitioner’s home, work, or school to the mandatory relinquishment of any firearms. Respondents who fail to abide by these restrictions face serious penalties, including hefty fines, jail time, and the implementation of even more severe restrictions.

Do You Need Legal Advice?

At Cairns Law, our experienced Clearwater domestic violence lawyers represent clients who are seeking restraining orders as well as those who have been unfairly accused of committing domestic violence. Please call our office today at 727-683-1472 to learn more about how we can help.

The attorney you WANT by your side during your divorce process!

My Family Law attorney is one of the best attorneys I have ever seen!! Every time we go to a hearing, mediation or any other court appearance, I always feel protected by someone... read more