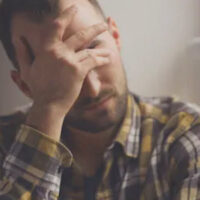 In Florida, victims of domestic violence can seek protection from the court in the form of an injunction, or restraining order. These orders bar a respondent, or abuser, from further contact with the victim and can also address things like financial support and child custody. Unfortunately, obtaining a domestic violence injunction isn’t always a simple process, making it a good idea to speak with an experienced Clearwater domestic violence lawyer about what steps to take next.

Step 1: Going to the Courthouse

To obtain a domestic violence injunction in Florida, victims must file a petition with the clerk of the circuit court. Generally, the petitioner should file in the county where:

The clerk will give petitioners the forms they’ll need to fill out, as well as instructions for filing a Petition for an Injunction for Protection Against Domestic Violence. This petition is basically a formal request for an injunction and there is no fee for filing one.

Step 2: Filling Out the Forms

The next step is to fill out the petition for the domestic violence injunction. These forms will require personal information about the petitioner and the abuser, as well as details about the violent incident in question. Filling out these forms correctly is very important, as they will be used by the judge when determining whether the petitioner requires protection and if so, what kind of protection is needed.

Step 3: Judicial Review of the Petition

After the petition has been filed, it will immediately be given to a  judge, who will be tasked with reviewing it promptly and deciding whether there is an immediate threat of violence to the petitioner or a family member. If such a threat is detected, the judge will issue a temporary ex parte injunction. These injunctions don’t require a hearing and remain in effect for 15 days. The judge will also schedule a full hearing to decide whether a permanent injunction is warranted.

Temporary ex-parte injunctions won’t go into effect until the order has been served on, or given to the abuser. The clerk of court will provide all of the necessary documentation to a law enforcement officer, who will then deliver it to the respondent. If the abuser lives with the petitioner, then the latter can ask the court to have an officer go home with him or her to enforce the order. Respondents will also receive papers notifying them of the final hearing.

The final step required to obtain a restraining order is to attend the hearing scheduled by the court and to provide evidence of domestic violence. Petitioners will generally be asked to testify at these hearings, as will the accused. After hearing the evidence, a judge will decide whether or not to issue a final injunction.

If you were the victim of domestic violence, or have reason to fear that you will soon become one, don’t hesitate to reach out to the dedicated Clearwater domestic violence lawyers at Cairns Law for help seeking legal protection.

Absolute Beast in the Courtroom

Jarica is extremely intelligent and sly, she anticipated everything that the judge wanted and had planned. She is very down to earth and was always available anytime we had any... read more