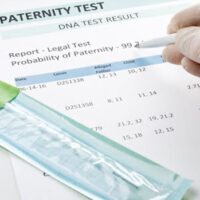 There are a few different ways to establish paternity in Florida. The method that a person uses, however, will largely depend on the specific circumstances of the case. If a father wants to establish paternity, for instance, he can voluntarily do so by completing the proper forms at the child’s birth. If this isn’t possible, a person may need to seek court intervention or undergo a DNA test before paternity can be established.

Failing to take this DNA test, either on the part of the putative father, or the child can have serious consequences for a case, so if you have questions about establishing paternity in Florida and have been asked to provide your DNA or a sample of your child’s DNA, you should consider consulting with an experienced Clearwater paternity lawyer who can advise you about your rights and obligations.

When the Department of Revenue gets involved in a paternity action it is usually because the child’s mother is seeking some form of support. In these cases, the mother will be asked to provide information about the potential father, as well as the child. Eventually, the Department will request a paternity test to scientifically establish the child’s paternity. If a DNA test wasn’t included in the initial petition, a court will order the parties to take one.

When ordered, fathers must comply with DNA testing and are often able to do so by using court facilities. This order extends to the child’s mother who must also take the child to the DNA facility where the test can be completed. Later, the two samples will be compared and a report provided to the court.

Repercussions for Failing to Take a DNA Test

Basically, by not following the court order to submit to DNA testing, a party grants the court the authority to:

It’s important to note, however, that just because one of the parties didn’t comply with the court order in the original case doesn’t actually bar the parties from filing additional cases in the future.

Thank God he was there!

I recently found myself in unfortunate circumstances regarding an ex-boyfriend and I needed to file an injunction against him for domestic violence. I had never dealt with any... read more