The Consequences Of Hiding Assets During Divorce 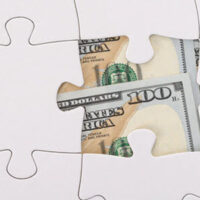 Divorce can be a difficult experience that, unfortunately, often brings out the worst in the parties involved. One of the ways this happens is when one spouse tries to hide assets from the other. Hiding assets in a divorce can result in serious legal consequences, including fines, court sanctions, and even jail time.

When a couple divorces, they are required to disclose all of their assets, both separate and marital, so that they can be divided. The former refers to assets that were acquired by either spouse prior to the marriage, while the latter is a term used to describe property acquired during the marriage. Unfortunately, many spouses try to avoid splitting an asset by hiding it. There are a few different ways to do this. Some, for instance, transfer the title of property to a family member until the divorce is over, when that person returns in. In other cases, someone may create a new bank account, where he or she transfers funds without the other party’s knowledge. A spouse could also simply fail to disclose the asset to the court. Whatever the method, attempting to hide assets from a spouse during divorce is unlawful in Florida and when discovered, comes with severe penalties.

When a court discovers that one spouse has been hiding assets from the other, it can take a number of steps, including reallocating marital assets. The wronged spouse, for instance, could be rewarded a larger portion of other marital property to penalize the other party for his or her conduct. That individual may also be required to pay for the other spouse’s legal fees.

A spouse who attempts to hide assets during a divorce can also be held in contempt of court for obstructing the legal process. There are two forms of contempt: criminal and civil. In most family law cases, a person will be held in civil contempt, which can result in hefty fines and even jail time.

If a spouse lies about having certain assets, or attempts to hide them, he or she could be charged with perjury. This is a misdemeanor charge that could be accompanied by fines and imprisonment. These charges are typically reserved for individuals who intentionally mislead the court while also hiding assets from their spouse.

Protecting Yourself in Divorce

It can be difficult to prove that a spouse was hiding assets during divorce and it can be extremely complicated to attempt to retrieve those assets. There are, however, precautions that people can take to help them avoid being taken advantage of. Ideally, spouses should keep track of all assets and debts from the beginning of their marriage, as this can make it harder to hide assets later on. Hiring a forensic accountant can also go a long way towards keeping a spouse honest during divorce. If someone already suspects that a spouse is hiding assets, then it’s important that they keep an eye out for a change in finances, like a sudden decrease in income, missing bank statements, or strange behavior on the part of a spouse.

As a father seeking sole custody, it can be a difficult journey. My wife and I met with Jarica to explain our situation and immediately following our consultation we knew that... read more